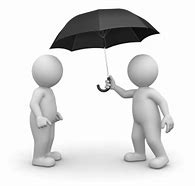 A New Reason to Acknowledge Your Partner’s Sacrifice
Being Happy in Your Life or Being Happy About Your Life?

Thato is receiving a special award Wednesday evening, and she wants her husband Kamo to be there with her. He agrees, even though it means giving up his weekly soccer game with the guys. On another occasion, she agrees to spend Thanksgiving with his parents, even though she was hoping to spend it with hers.

All relationships require sacrifices. We give up something we want so that our partner can have what they want. As long as both members of the relationship feel the sacrifices are equitable, they’re usually willing to give in. It’s only when one makes constant demands and the other routinely gives in that a feeling of resentment arises.

In fact, making a sacrifice for the sake of your partner can even be rewarding. If your partner acknowledges your sacrifice and expresses gratitude, you feel appreciated. And this positive feeling can make you more inclined to sacrifice in the future.

Of course, before you can feel gratitude for your partner’s sacrifice, you need to first become aware that they have given in for your benefit. When Kamo and Thato went to the movies, they saw the latest Star Wars movie he wanted rather than the rom-com she was hoping to see. But since she never told him her preference, he simply assumed that she wanted what he wanted. In his excitement, he failed to read her body language showing her disappointment.

We expect our partners to see when we’ve made a sacrifice for them and show us gratitude. But how accurate are we at detecting the sacrifices our partners make for us?

The researchers used a method known as signal detection theory to assess how sensitive couples are to each other’s sacrifices. Signal detection theory has a wide range of uses, from hearing tests (Did you hear a tone or not?) to national defense (Is that an incoming aircraft or a flock of geese?). In any act of perception, according to the theory, there are four possible scenarios:
•Hit. A signal was present, and the perceiver detected it. Thato agreed to watch Star Wars even though she doesn’t like , and Kamo thanked her for her sacrifice.
•Miss. A signal was present, but the perceiver didn’t detect it. Kamo never noticed how unhappy Thato was about watching Star Wars.
•False alarm. No signal was present, but the perceiver thinks there is one. On a stay-at-home night, Kamo really wants to watch Stephen Colbert, even though he thinks Kamo prefers Jimmy Fallon. He really appreciates his wife’s sacrifice. But in reality, Thato was getting tired of Jimmy Fallon and wanted to watch something different anyway.
•Correct rejection. No signal was present, and the perceiver didn’t think there was one, either. Kamo wants to eat at the Olive Garden, and he thinks that’s her preference, too. And he’s right—that’s where she was thinking of going as well. In other words, Thato didn’t sacrifice, and Kamo was right in thinking she didn’t.

When one partner recognize the other’s sacrifice, they feel more grateful towards them and more satisfied with the relationship. In other words, our sacrifice triggers feelings of gratitude in our partner, which then elicit in ourselves a sense of being appreciated. As a result, we’re both happier than we were, and the relationship is strengthened as a result.

Likewise, when a sacrifice goes unnoticed, it sets off a vicious cycle. The partner who sacrificed feels unappreciated, and as a result their relationship satisfaction goes down. This dissatisfaction is vaguely sensed by the other partner, who feels less happy with the marriage as well.

When Thato and Kamo were at the movies, it would have been better for her to say something like: “I was in the mood for a romantic comedy, but I know how much you love Star Wars, so let’s do that.” If Kamo then shows his gratitude, Thato will feel appreciated and the sacrifice will have been worthwhile. And there’s always the possibility that Kamo will offer to make the sacrifice of going with Thato’s preference instead. So she benefits either way.

Likewise, it’s important for us to be mindful of our partner’s sacrifices. We can do this by paying attention to our partner’s body language and facial expressions. After stating his desire to see the Star Wars film, Kamo should have noticed the displeasure on Thato’s face and asked her if she had a different preference. Or better still, he could have asked her preference first before he stated his own.

Perhaps the take-home message is this: Relationships are happier and more satisfying when both partners adopt an attitude of gratitude in their daily lives. Show your gratitude for the sacrifices your partner makes for you. Also keep in mind that your partner has made sacrifices you’re unaware of, and show your appreciation for those as well!

Want to join the discussion?
Feel free to contribute!

“I didn’t know I was broken until i wanted to change.” I feel more at home at camp than i do at home – Child Guidance Centre
Scroll to top